While his life as a civilian was filled with accolades, money, fame, security and opportunities for what would have been an even more successful artistic career, Master Amnart still felt that the worldly life would never allow him to continue his practice and develop his mindfulness and progress his path to the true inner peace. In 2004, Master Amnart made the decision to dedicate the remaining time of his life to Buddhism and carry on with his path in the world of Dhamma. He notified his resignation from the part-time lecturer position. He then met with Princess Maha Chakri Sirindhorn at Chaiphattana Building of Dusit Palace to inform about his ordination. He was ordained at Wat Phra Chetuphon Wimon Mangkhlaram Temple. 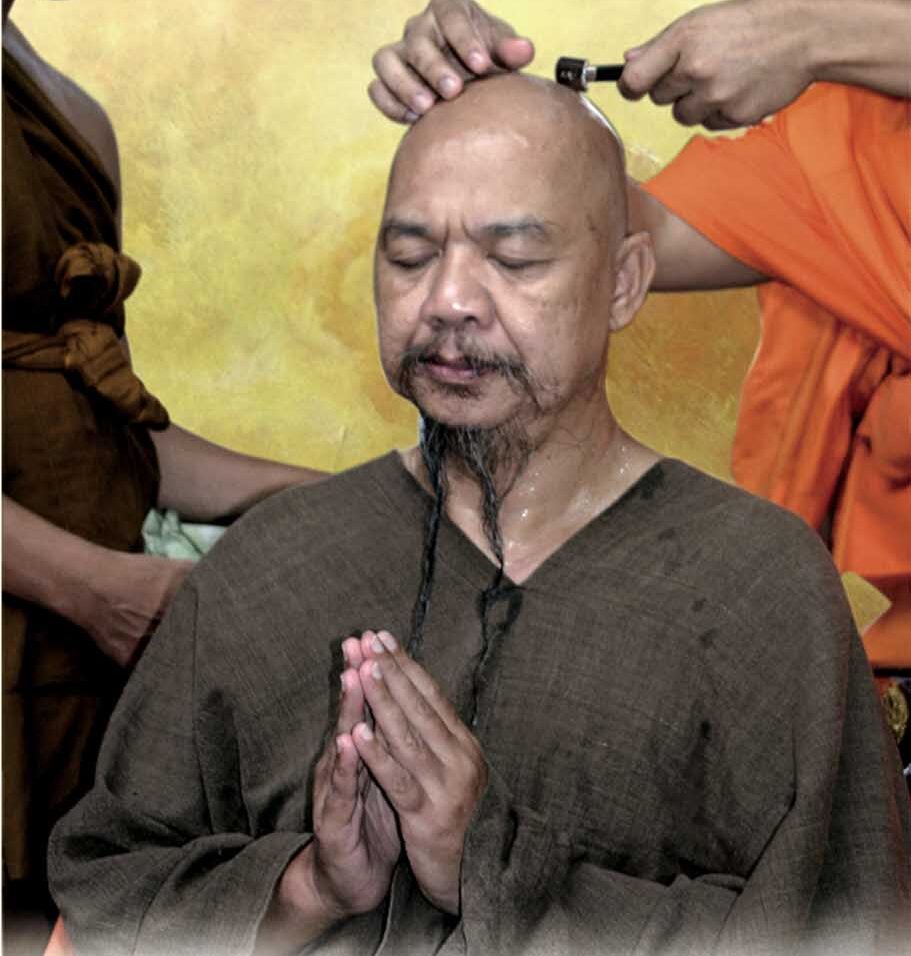