After the faithful members of the congregation both in Thailand and Germany had raised enough funds to purchase Schloss Dillich castle in the town of Borken-Dillich in Germany, Master Amnart Opaso was able to establish the Nirvana Temple with the opening ceremony officially held on 15th July 2017. Mr. Teerawat Bhumijitr, the Thai Ambassador of the Royal Thai Embassy, Berlin, joined the ceremony held in honor of King Rama X, which included the morning merit making, praying and lunch offering ceremony, Sangha-dana and Triple Robes (Tricivara) Offering ceremony. The Nirvana Temple has been established with the hope to become the hub of Buddhist teachings for the practitioners of Buddhism to learn and practice Buddhist philosophy as they journey through the peaceful path to nirvana. 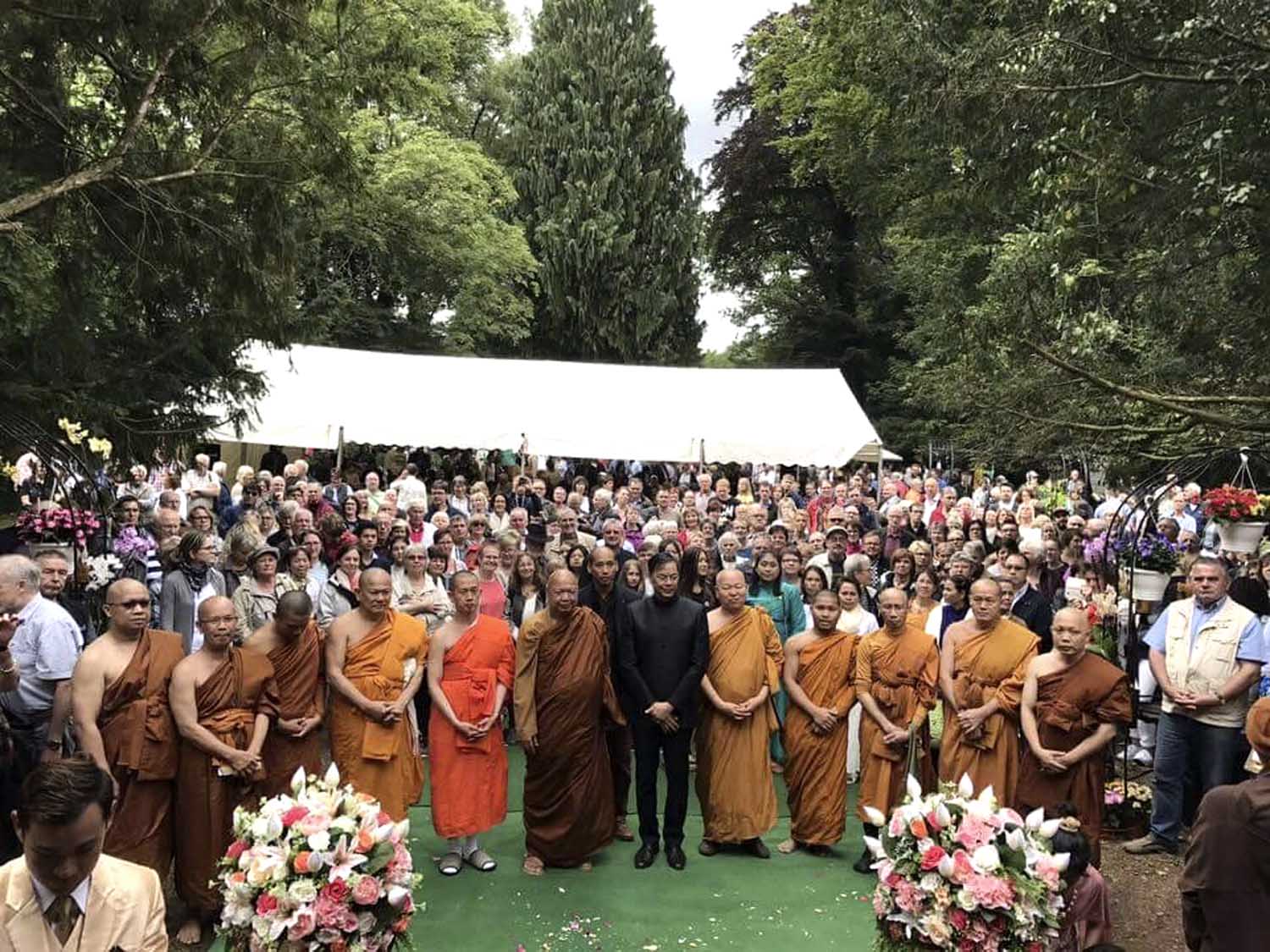 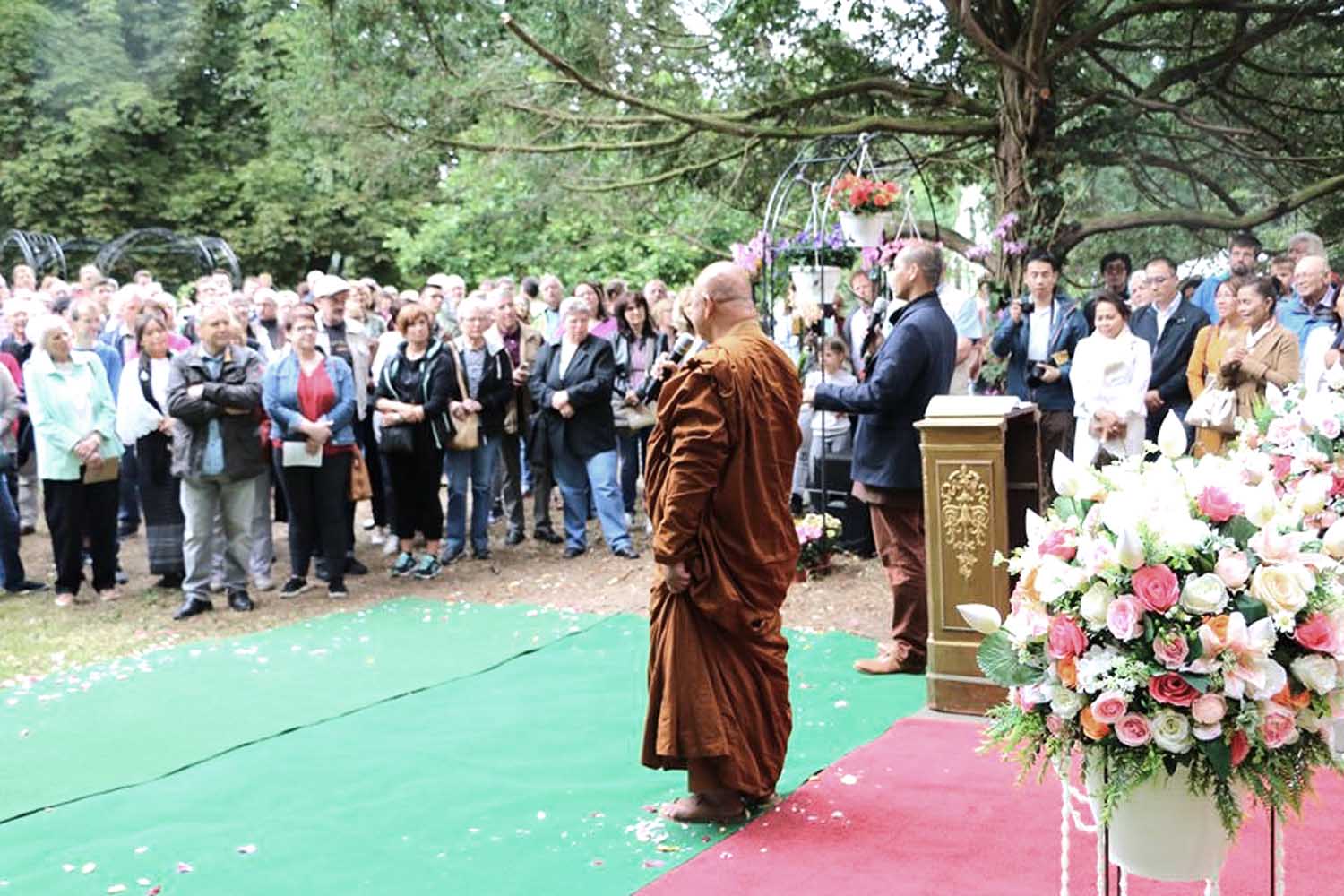